Can You Beat This? 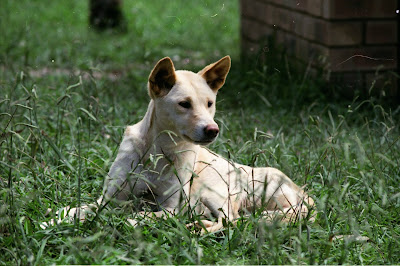 
Some weeks ago, a grazier from the Southern Tablelands rang requesting the services of one of our dogs for his sheepdog bitch which was ready for mating.


Totally forgetting about the Dingoes for the moment, I asked him why he would want to mate a sheep dog to a cattle dog.

I don't want one of those bloody things said. “I want the service of one of the other dogs. I had a part dingo sheepdog years ago and she was best worker I've ever had.”


Even after being informed our Dingoes are not used for outside services, and under no circumstances for cross-breeding, he persisted, even suggesting he bring the bitch down and leave so there would be no witness to such a mating.


Even at that time, when keeping a dingo was illegal and many domestic cross bred dogs suspected (without proof) of being part dingo were destroyed, no questions asked, Berenice was disconcerted by the number of people wanting to “infuse dingo” into their registered breeds. She commented if they were to think of the off-spring as cross-breeds they would not be so keen to make a mockery of breeding pure stock.
Posted by Random Jottings at 13:34