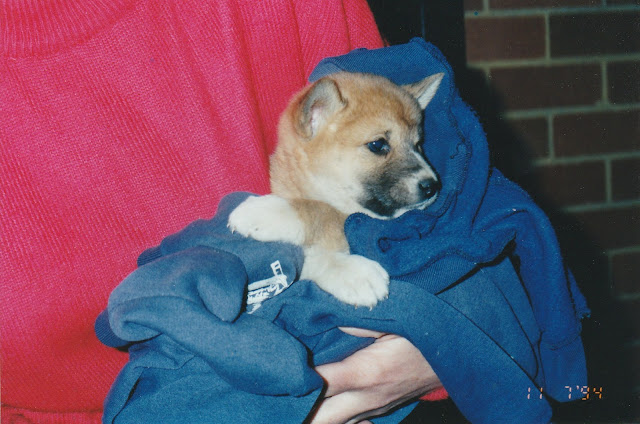 In 1994 a five-week-old pup was selected to be the mascot for the AussieHost customer service training programme in the Macarthur region. She was named AussieHost but became known just as ‘Hostie’. She received socialisation from that age demonstrating the importance of early and constant contact with humans to overcome timidity in dingoes. 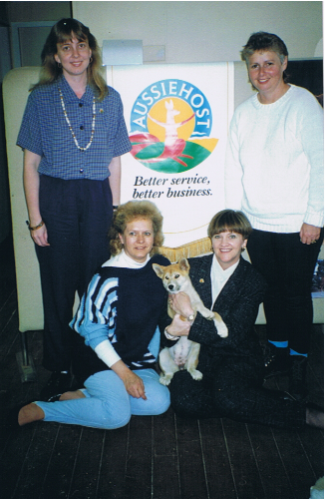 A photo shoot was held to launch her career.  Ironically the location of the media shoot was in a building at one time occupied by the Pastures Protection Board (aka the Dingo Destruction Board)


She became an important member of the Public Relations teams for AussieHost, Macarthur Tourism and, of course, the Merigal Dingo Sanctuary.  From eight weeks of age her duties were varied and she attended certificate presentations, cocktail parties, tourism expos and promotional days where she always remained very relaxed on all occasions. She was a hit with everyone she met and was also my sponsored Dingo.


One public function was a naturalisation ceremony where she stole the show, not only from the new Australian citizens, but also the Mayor of Wollondilly.


After many years trying, the sanctuary was eventually given permission to have a display at the Sydney Royal Easter Show on the last day of the dog judging.


As usual Hostie, and her fellow PR dingoes, was her calm friendly self and greeted children enthusiastically.


There was only one problem taking Hostie out to events; she hated car travel. On our way home we were stopped at traffic lights, Hostie was perched on my companion’s lap when he wound the window down. Hostie shot out through the window! Fortunately, my friend had hold of her lead but she was out the car and he was inside and helpless to do anything. I jumped out the driver’s side, ran around to the other side just as the lights turned green. I took her lead, the passenger window was wound back up and Hostie returned to the car. To my surprise there was no horn honking while this was going on but a cheer went up as I got back in the car to drive off.


There was one other problem we had with Hostie. She shared her run with her mate Romulus (yes, his brother was Remus) and whenever we brought her back from an outing we had to stay in the run with them to prevent her from beating up on him. It was like she was the career wife and he was the house husband getting into trouble for not having completed all the housework. 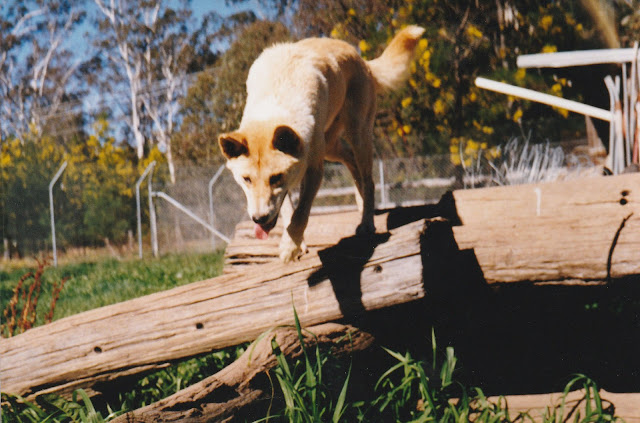 One of the AussieHost certificate presentations was held at the Campbelltown Catholic Club. I rang the club and asked “Can I bring a Dingo to the presentation?” a brief moment of silence at the end of the phone was followed by “A what? I thought you said a Dingo” (giggles from the other end of the line.)


“I did.” was my reply.  “I understand you may have rules about bringing animals into a food area but if there is some way of getting around it we would be very grateful.”


“Oh yes we do have rules that animals are not allowed in the dining area but a Dingo should be fine.”


All went well until the food was served. Everyone was lined up waiting to help themselves when Hostie decided she was the most important one there and tried to jump up on the food table. 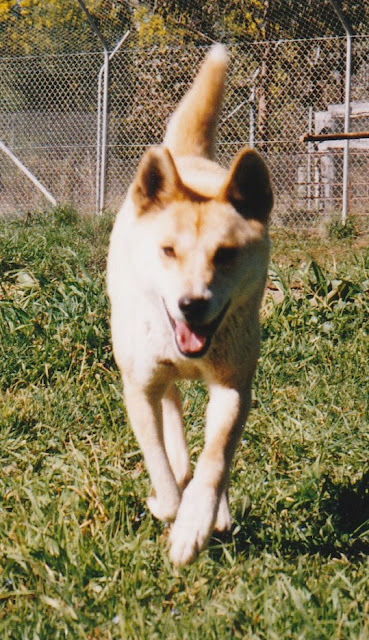 Posted by Random Jottings at 15:32