In the Footsteps of Berenice 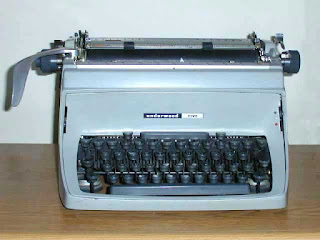 Since making the commitment to write Berenice Walters’ biography I have become even more in awe of this amazing lady. Just trying to keep up with the time and energy she committed to the Dingo cause is exhausting!

Why? It’s all a matter of putting things in perspective. Here are some examples for you.

Berenice spent many hours in the State Library undertaking research. I travelled into Sydney for another Dingo related event and while there decide to visit the Australian Museum and the State Library. I know I will need to go for further research.

On this particular day my trip in took one and a half hours from Picton; the trip home the same but add an extra one a quarter hours sitting at Central Station because I missed an earlier train. So my day in Sydney was 10 hours long including travel. Berenice lived even further down the line and undertook her research at a time when the train service was not as reliable or frequent as it is today.

Berenice spent many hours typing up information from books borrowed from libraries. It is just as well she was a much better typist than me – no scanners in those days to save copies of to a computer.

Yes, she typed her information onto a typewriter and for you younger readers that means if you make a mistake you have to start again. I don’t think even White Out had been invented at the time! Using a typewriter also meant no auto word wrap and no spell check.

Her own manuscripts, articles, early books, the society newsletters and correspondence were all created using a typewriter. Each would have to be typed and retyped with corrections and editing.

Did I say she wrote letters? Of course! There were no emails. You wrote a letter, waited 3 or more days (depending on its destination) for it to arrive. It depended on how diligent, thoughtful and efficient the receiver was before they replied; then you waited for it to come to you via post.

She spent many hours writing to politicians, fellow dingo supporters and conservationists involved with other canids around the world. In the days of post only (and the occasional fax) can you imagine how long it took to establish contact and relationships with kindred spirits in the world of conservation? Today I just open up my Facebook and can instantly establish a rapport with people who have like interests.

Then you have to remember she had her Dingoes to care for and train, she bred, trained and showed Australian Cattle Dogs, she was a wife and mother and the family also ran a small farm.

Phew! How many of us could make that commitment today with our ‘busy’ lives, modern appliances and instant communication?

So when I get overwhelmed and wonder what I have taken on just in the research and digitising of my project including:

I stop to think “How would Berenice have managed this 40 years ago?” I wonder how much more she could have achieved with modern technology.

I know I will ultimately finish the biography because I know my efforts pale in significance compared to what Berenice achieved on behalf of the Dingo. It will take me two years to complete but I can’t think of a better way to pay tribute to a true Australian pioneer.

I realise I am not walking in the footsteps of Berenice I am in her shadow simply putting light on what she achieved in her lifetime.
Posted by Random Jottings at 22:08