The Truth About Dingoes 11: Dingoes the essential Australian natives 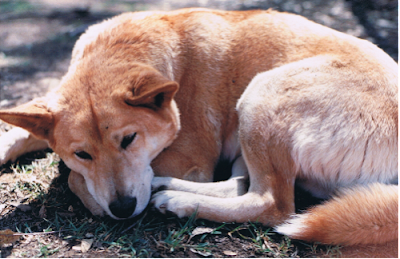 Feral Cats
If you follow the environment news, you will most certainly see a lot about feral cats in the last few years and the horrendous toll they have had on wildlife since European arrival.

In one way this is a good thing because finally Australia is waking up to the fact that the beloved house moggies and their descendants have buggered our biodiversity. As a result, we have the highest extinction rate of any country.

However, the newfound enthusiasm for killing anything feline is being used as a distraction from bigger environmental issues and to camouflage the complete incompetence of governments and their all-out war on the environment.

Headlines like Australia aims to end extinction of native wildlife by 2020 and goals of ending the loss of mammal species by 2020 are blatant wool-pulling-over-the-eyes public.

Yes, cats are bad for Australia, but we will never eradicate them. Moreover, we will never stop extinctions with our track record, just slow them down.

After years of building fences and poisoning everything we can, do people honestly believe that we're suddenly going to end the problem of cat predation?

If you read the posts on www.facebook.com/search/top/?q=aussiecanisdingoday
you'll see that by far and away our best chances for reducing cat population is to use our natural systems to their advantage - Let Dingoes do the work. Targeting certain populations of cats with culling will never, ever result in long term density suppression unless we couple such approaches with full scale ecosystem management.

We already have the knowledge and technology, so for biodiversity’s sake, let's use them.

We now have our very own threatened species commissioner who is trying his best but...

Neither of our environmental minister’s approaches mention anything about dingoes, ever, nor do they challenge their government's renewed love for habitat destruction and deforestation.

Cat's kill, but habitat destruction and continued bush clearing will have far more lasting and substantive effects on biodiversity than cats ever will.

Addressing all causes of biodiversity loss simultaneously is an absolute necessity.

Our environmental ministers need to get their heads out of the sand and join forces with our ecologists and use Dingoes to design a system that actually works and addresses the extinction crisis. Their approach so far will not work - not the use of more poisons.
Information reproduced with permission from http://jennyleeparker3.wixsite.com/aussie-canis-dingo

Posted by Random Jottings at 14:23