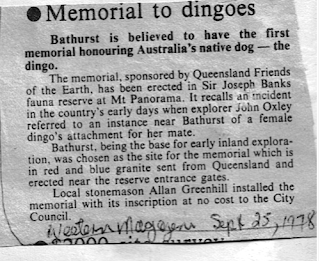 
The Western Star Newspaper ran a small article on 25th September 1978 but tell me I would need to visit their archives in Dubbo to see if any photos were taken.
Posted by Random Jottings at 21:59