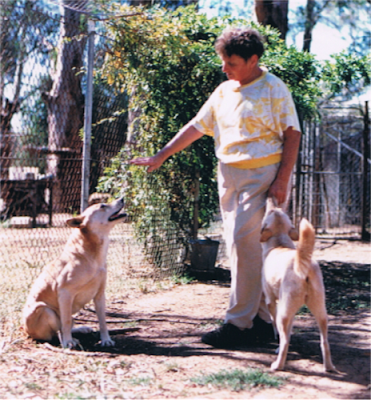 
By contrast, Cattle dogs released into their day runs exuberantly run up and down fences, barking and generally having a ball and with no thought of survival tactics such as searching for evidence of intruders.
Posted by Random Jottings at 19:41