Available soon “For the Love of a Dingo” by Berenice Walters and Pamela King. 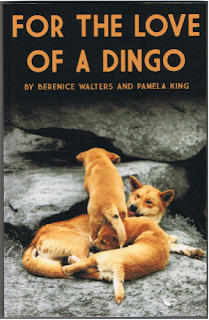 This book is a compilation of stories about three of Berenice’s dingoes, Dora, Napoleon and Snowgoose. They demonstrate the love she had for and dedication to our most falsely maligned Australian native animal.

We are taking pre-orders – no payment and no obligation, just your expression of interest. Price is $18.65 including postage within Australia. (Overseas buyers please request a price for postage)


Proceeds from the sale of the book will be put towards research costs for her biography and digitising of her manuscripts and records.

If you are interested in reserving a copy please email info@dingolady.com.au or leave a message on this post.
Posted by Random Jottings at 23:17 No comments: 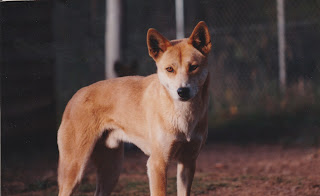 Pamela King (Ferrari)
Posted by Random Jottings at 22:09 No comments:


As part of my research for the biography of Berenice Walters, the Dingo Lady, I have been reading old dingo related material and books (1970s-1980s) to form an idea of what material Berenice had available to her. I have also been reading her own manuscripts and the opinions about the Dingo she formed at the same time.

This exercise has confirmed that while she read just about anything available, her knowledge was predominantly based on her own observations and experience.

My reading of past books and articles by so called professionals serves as a warning to anyone researching the dingo to be wary of the ‘facts’ in this early material and ensure you read more recent information before delving back.

I considered including examples of false information in this article but thought it better not to give any form of credence to the information. However I will make mention of one example in a book I have just finished. I should point out that this book was not solely about Dingoes.

It astonished me that a book written in 1969, with a second edition in 1977, then a third edition (the one I was reading) in 1984 there is no update to the information over the 15 year span. Now I can appreciate that limited research on the dingo had been undertaken in 1969 but by 1984, mostly due to Berenice Walters and other champions of the Dingo, we started to know and understand considerably more about the Dingo.

The example in case is that this particular book stated “No one is sure at what age they mate.” I think many of us knew the answer to that by 1984. The text also seems to imply that once white man arrived they went from a diet of native wildlife to one of pure domesticated animals. The sadness of this situation is that an author continued to earn royalties from a successful publication, so successful that it was worthy (?) of three editions.  But does not take time to update information.

Okay, I’ve got that off my chest but there’s more. Having made notes while reading this particular text, and huffing and puffing and protesting loudly to an empty room, I then looked at the background information of the author. Sometimes I do things backwards. I discovered that not only was the author a grazier but the penny finally dropped and it dawned on me that most of the information about Dingoes was provided by ‘doggers’. So here we have what I can only assume was a successful publication, written by an acclaimed author that has out of date and incorrect information.

So students, to summarise this lesson on research:


Pamela King (Ferrari)
Posted by Random Jottings at 17:37 No comments: 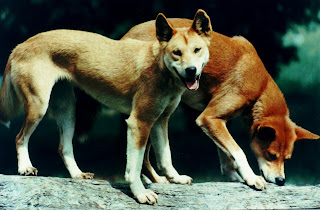