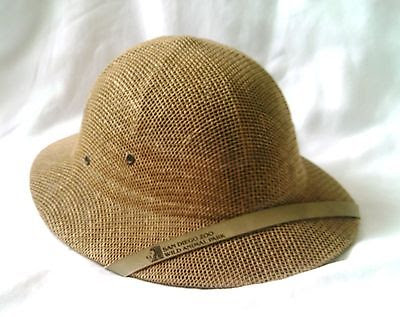 
We found the remains of the band eventually and the makers name and address was still clearly visible. I wrote to them in America politely telling them my story and asking whether I could purchase a replacement headband. Within three weeks a box was delivered to my door, cleared by customs and with an accompanying letter containing TWO brand new Sun Faris!! They actually apologised for the band not being “real leather”, saying they had considered it but it was too costly! The Americans are supposedly insistent on good service and this certainly left a huge impression on me. I had bought the hat at a rather upmarket shop in Woollahra, Sydney with some birthday money. Later I discovered that the volunteers at our Olympic Games were all supplied with the same hats, no expense spared and a really great fit and protection from our sun. they also said they hadn’t thought to make the hats dog proof.
Posted by Random Jottings at 10:30 No comments:

Berenice has recorded some amusing anecdotes about showing the Wooleston Australian Cattle Dogs. Here is one of them.


One of Berenice and Bern’s most successful dogs was Wooleston Blue Jock. Even as a pup he had a mind of his own and objected to familiarity from strangers.


At a show the judge warned Berenice that Jock’s show days were numbered unless he could be trained to be more tolerant of being handled in the ring. Jock was about nine months old and already too much for Berenice, so Bern took over his handling and general preparation.


All went well until, some months later, he had an unfortunate experience in the ring.  The judge did not trust him, or Bern apparently, and took hold of Jock's collar.  As far as Jock was concerned that was the end.  A stranger had attempted to take control.  Both Jock and the judge suddenly landed on the ground, the judge on top.  From the sidelines came suggestions "Give the dog a go".  "Get off the dog you oaf."


Finally, Bern extracted his dog, but Jock never forgot that experience.  From that time on it was his mission in life to avoid any attempt by a stranger to handle him.  He would not run out to bite anyone, just objected to being touched by strangers.
Posted by Random Jottings at 13:09 No comments:

Dingoes Are NOT Dogs

Posted by Random Jottings at 12:52 No comments: 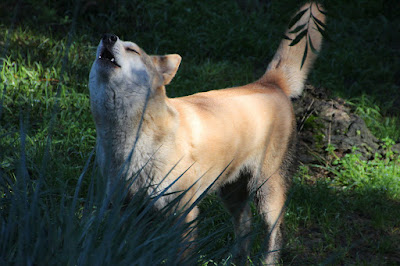 I have read many early documents and books about dingoes to learn more about the history of the dingo since white settlement and to gain a better understanding of the information that was available to BW in the 1960s and 1970s.

One constant reference is the dingo’s ‘blood tingling’ howl and the fear it instilled in the hearts of many.

This image needs to be corrected as does the way dingoes are still falsely perceived today.

Today, if you ask anyone who knows dingoes, you will get a very different view point – one of love, joy and awe.

My favourite time to be at Merigal Dingo Sanctuary was just before dusk. I’d sit with Berenice under the trees and she would get all the dingoes singing at once. How I treasured those special moments.

So, I am inviting anyone who has heard a dingo howl to comment here. How did you feel when you first heard that hauntingly beautiful sound?
Posted by Random Jottings at 12:09 No comments: