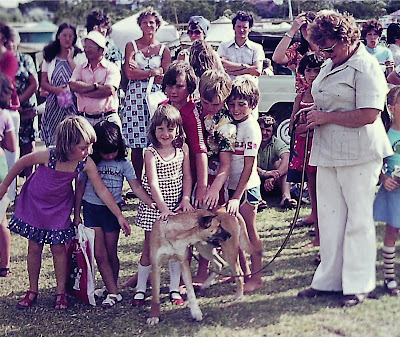 
I sincerely hope that I have selected a thinking body of members for the nucleus of this Society who will question and keep questioning any relevant data. That no one will make wild claims based on theories purported in the past.
If we are to be dogmatic in our ideas, we will quickly be outdated. If we accept what we are told without question, we have a closed mind.
I also hope that our concern for the Australian Native Dog will also include all the true wild dogs of the world. There is rarely a wolf that could live up to the reputation of big, bad wolf; the old claim of "the only good dingo is a dead dingo" is proven incorrect in most cases, both scientifically in the wild, and by thousands of persons who have kept dingoes either as pets or working dogs and called them something else - anything but a dingo.
Even if the dingo is not indigenous to Australia, by its long residence here, its development into a dog unique to Australia, kept pure by its thousands of years of isolation, make it truly DOG OF AUSTRALIA.
There is a worldwide awakening to the merits of the wild dog as an integral part of our ecology, and a realisation that the “big, bad wolf” image is completely false - in other words we have allowed ourselves to be brainwashed into believing something completely untrue, and been guilty of accepting without question the world's biggest lie; that the wild dog is savage, aggressive and uncontrollable.
We have all accepted the fact that the wild dog is a completely devoted and loving parent. Yet hunters will claim that they can rob the den of its pups and the bitch either disappear into the scrub or cringe in a distant corner.
The act of a coward - or the act of a cunning, aggressive and savage predator?
No - the act of an extremely timid animal. Despite her love and devotion, too frightened, too lacking in courage to fight for her pups.
There are records of bitches seen "abandoning” their pups when man approached. Is this the act of a coward?
No - it is the act of a desperate mother making a target of herself in an effort to draw the attention of man from her pups. Even to protect her family she did not have the courage to attack, but she would risk her life to save theirs.
These are the actions of the true wild dog. Domestic breeds have had this timidity bred out of them. They will stand their ground and even attack man. Man has wrongly expected the same behaviour from the wild dog.
However, once the wild dog has been domesticated, robbed of his timidity and superlative hunting powers, then he would be expected to behave in like manner. He is no longer a typical example of a wild dog.
Posted by Random Jottings at 19:05 No comments:


Mrs Pestalozzi of Switzerland had been a member of the Australian Native Dog Training Society since 1977 and kept Dingoes in her home for fourteen years. When Berenice travelled to Europe in 1987 she stayed with Elizabeth and her family and was impressed with Elizabeth’s dedication to her Dingoes. In 1989, Elizabeth’s dingoes were ageing and she requested special permission from the society for her to foster a Dingo pup.


Elizabeth and her family flew out to Australia to meet their pup. While passing over the Northern Territory she was intrigued by the town name of Humpty Doo and decided that would be the name of her pup.


The family spent three days at the Society's Headquarters getting to know the dingoes and, in particular, their pup.


At the time the Dingo was universally classed as 'noxious' in Australia but when Humpty-Do was set to leave Australia, he suddenly became 'protected native fauna' under Federal law, and a Permit would not be issued.


Berenice wrote, on behalf of the Australian Native Dog Training Society, to Senator Graham Richardson, Federal Minister for the Environment, applying for an export licence for a Dingo to go to Switzerland. Unfortunately, by the time a permit was issued ‘Humpty’ was several months old and it was considered he would not cope well with the long plane trip and unlikely settle in well with his new family.


The following year a permit was granted for Humpty’s son, Humpty-Two, to make the trip but he came down with a virus.


In 1992, Humpty Snowman, a son of Snowdrift and Sunny, finally left Sydney on a QANTAS flight to Switzerland.  He was the first Dingo to be (legally) exported to a private person overseas and proved to be a very good ambassador for his country.
When the Pestalozzis moved to the south of France, Australian tourists were amazed to see a Dingo accompanying his "family" on outings. They stared in disbelief at what they thought was a dog that looked like a Dingo, and incredulous at being told; "Yes, he is a Dingo; and a very much loved one".


Our globe-trotting Dingo completely accepted his European lifestyle and adapted brilliantly to a life of luxury; although he has been reluctant to do more than paddle in the swimming pool with the children.


Humpty-Snowman had weeks of socialising before leaving and his owners said he was afraid of nothing; that is until he heard church bells ringing.  He came to a sudden halt when he heard them, but soon satisfied himself that they were a natural part of that environment and grew to accept them.


Incidentally, it was Humpty Snowman’s sister, Wattle, who starred in the TV show, Talk to the Animals. She was the Dingo who crawled over Dr Harry Cooper's back and knocked off his glasses.

Missing out on becoming the first dingo to be exported overseas, ‘Twoey’ settled into life at the Merigal Dingo Sanctuary and from a pup was the companion of the beautiful Snowqueen.  She reared him to be 'her' man, and, while she disciplined him when necessary, always tried to give him confidence and to accept responsibility - to act as a 'man', her future mate.


He matured into a magnificent Dingo.  His intelligence, glorious head, brilliant colour and wonderfully agile and active body made him a 'Dingo of distinction'.


By 1999 ‘Twoey’ suffered from diabetes and was receiving daily insulin injections.


Snowqueen was born at Healesville Sanctuary in 1989 under a breeding agreement shared with MERIGAL.  The gentle ‘Queenie’ was a favourite with everyone and greeted visitors with excitement and affection.


However, she retained a strong, wild, or natural side to her personality and at times caused enormous anxiety amongst those charged with her care.  She would constantly look to escape peering longingly towards the adjacent forest.  She developed into a highly experienced escapologist, using her talents at jumping, digging and tearing to their utmost.  Her pups also learnt the 'arts' of escaping, leading much frustration in trying to outwit this smart family.

Amber and Keira are the daughters of Humpty-too and Snowqueen
http://dingolady.blogspot.com.au/2016/07/berenice-explains-play-fighting-between.html

Posted by Random Jottings at 19:14 No comments: 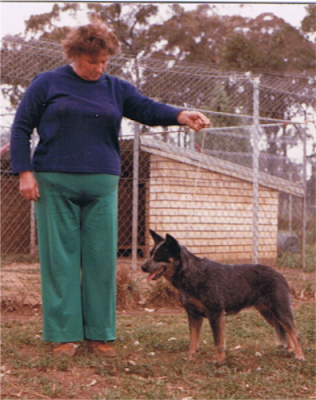 
Posted by Random Jottings at 14:32 No comments: