Living with the Dingo by Adam O’Neill 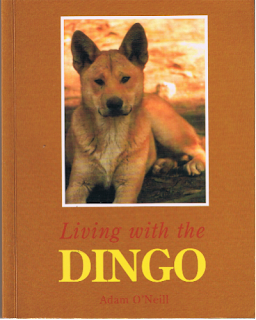 I first read Living with the Dingo by Adam O’Neill when it was published in 2002 and re-read it now as part of research I am undertaking for the biography of Berenice Walters, the Dingo Lady.

At the time of writing O’Neill’s theories were somewhat controversial even though some earlier studies had been undertaken with the espousing the same they were largely ignored.

His theories are not based on hypothetical desk top analysis. It is based on personal experiences and observations in a wide variety of locations and environments as well as review of scientific literature.

His theory is simple. If Australia is to reduce stock losses and protect endangered species from extinction it needs to acknowledge the important role the dingo has in maintaining the environmental balance of country and take steps for its conservation not eradication.

He give several excellent examples of how the dingo has maintained the balance of herbivorous macropods (in turn conserving grazing lands) and controlled introduced species that prey on small and threatened mammals.

O’Neill advocates a “no poison” program in dealing with predators and justifies his belief that this only increases predation on stock with convincing examples.

This is not a book full of scientific jargon but rather O’Neill’s observations and experience deliver a “Biodiversity 101” lesson at a practical level, explained in easy to understand language.

My favourite quotation in the book is:

Only when we put away the poison baits and concentrate on rehabilitating our environment as a whole, will our endangered species have any hope of survival. The dingo has 4,000 years of experience in managing Australian land systems and controlling the animals that existed within them. I believe the dingo is our only chance for eco-reconciliation.

I believe I have gained more from the book this reading.

Written 14 years ago O’Neill advocated the important role the dingo has in preservation of our small, vulnerable and threatened mammals. The intervening years have proven that the theory proposed by O’Neill, and many others in that period and since, is spot-on yet governments, including government environment agencies continue to ignore it time and time again. The more they ignore the obvious the more small mammals are added to Australia’s shameful list of extinctions.

It was quite controversial at the time but today is gaining considerable acceptance – and yet our governments still haven’t learnt.
Posted by Random Jottings at 16:27 4 comments: 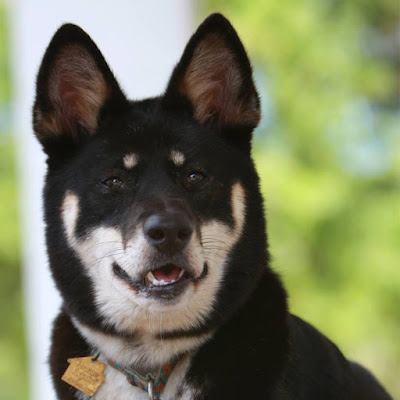 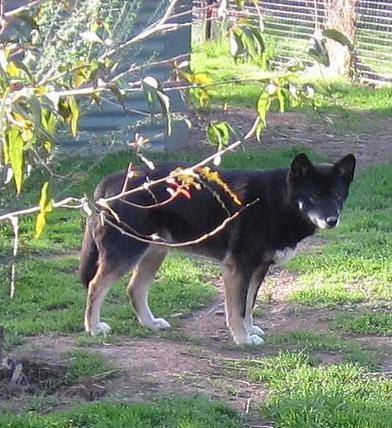 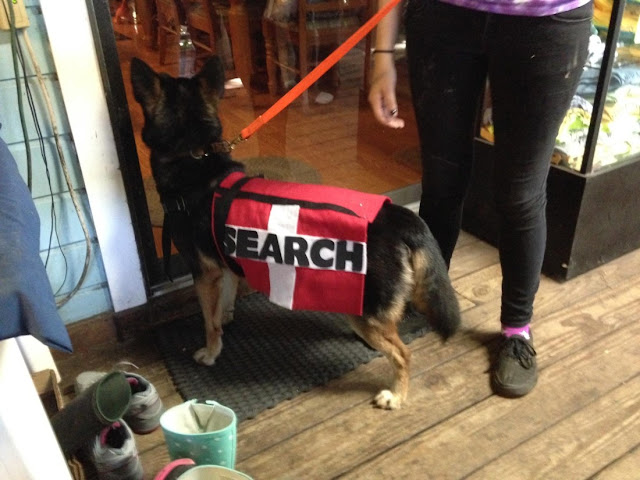 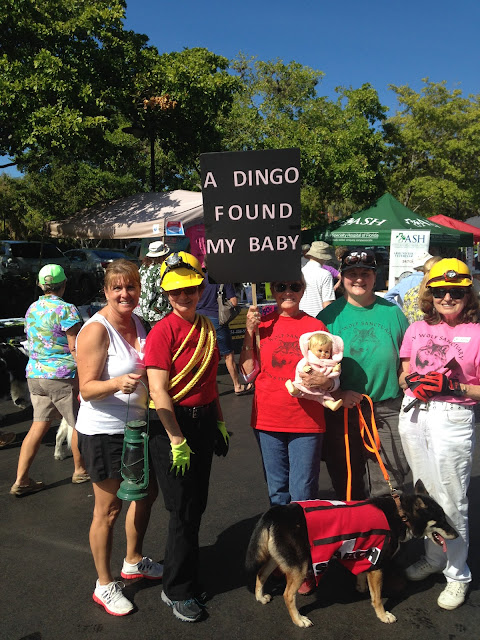 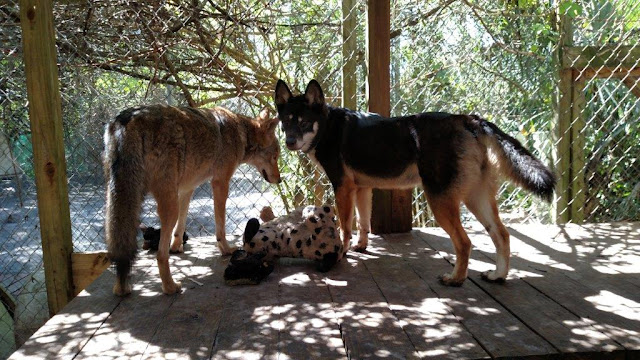 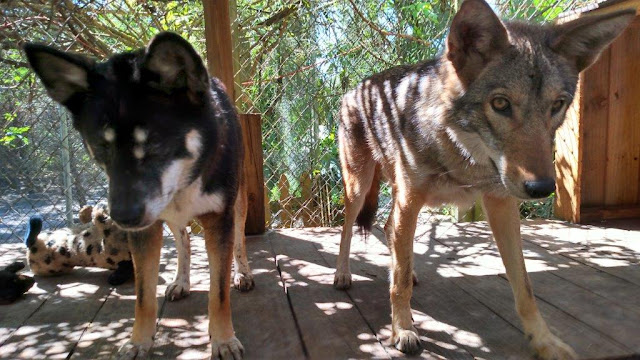 Posted by Random Jottings at 16:30 No comments:

The Dingo and the Macquarie Dictionary

In 1987 a lady wrote to the publishers of the Macquarie Dictionary suggesting the definitions of "dingo" which relate the word to a cowardly or contemptible person be deleted. The writer explained that these definitions had been deleted from The Handy Macquarie Dictionary because it contains a number of entries and the information in them had to be restricted due to lack of space, not as an editorial decision.

The representative of the Editorial Committee pointed out the purpose of the dictionary is to offer an account of Australian English; quoting Professor Delbridge “Words have been included on the evidence of their being current, or of having been current in Australia at any time." She added:

“There are many words in the dictionary to which people could and do object, but they are words which are used and will be used regardless of whether or not we include them.

“In the case of "dingo", deleting this sense of the word from the dictionary is not going to stop people using it this way. On the other hand, by including it, we feel we are not condoning its use, but rather simply recording it as part of our language. Even to add a label of "formerly" to it, would be a "false representation" of the word because its use is quite widespread and recent.

“Unfortunately as dictionary writers, we can only describe or reflect the language as it is used, not prescribe how it should be used.”
*****
I would have liked to be able to check what the actual definition was at the time but had to settle for the definition of dingo according to the online Macquarie Dictionary:

noun (plural dingoes or dingos)
1.  a wild dog, Canis lupus dingo, usually tawny-yellow in colour, with erect ears, a bushy tail and distinctive gait, and with a call resembling a howl or yelp rather than a bark, found throughout mainland Australia, New Guinea and South-East Asia; brought to Australia about 4000 years ago probably by Indonesian seafarers; pure populations endangered by hybridisation with feral domestic dog; native dog.

2.
a.  a contemptible person; coward.
b.  someone who shirks responsibility or evades difficult situations.

–verb (dingoed, dingoing)
–verb (i) 3.  to act in a cowardly manner.
–verb (t) 4.  to shirk, evade, or avoid; to spoil or ruin.
–phrase 5.  dingo on someone, to betray someone. [Phrase Origin: from the view held of the dingo by early pastoralists in Australia who despised it as a predator of sheep and other domestic animals and regarded it as both treacherous and cowardly]

So the derogatory terms are still there. What do you think?

Blogger’s Note: Incidentally I have sent them a note about changing the species name from Canis Lupis Dingo to Canis Dingo – I will post the reply in the comments.
Posted by Random Jottings at 13:33 No comments: 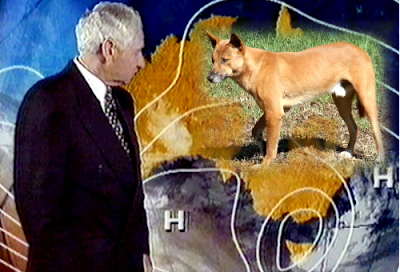 With the onset of the rain the Dingoes have been in fine voice. The weather forecast was for a dry day, no change in sight, reaching 27 temp.
We knew differently. Three times during the morning the Dingoes had conglomerated in happy groups to howl; voices relaxed, sociable, tails high and wagging. (Sometimes I join them and am greeted with expressions of pleasure, their ears back, heads high, smiling their welcome.) On this particular day it was raining by mid afternoon.
How I love these happy groups of friends. Their acceptance of me fills me with the greatest happiness and humility. I feel a complete person.
At the approach of the breeding season the howling takes on a new dimension. It is excited and challenging, the males no doubt sure in their quest of a mate, the females confident in the knowledge of their forthcoming attraction.
Nothing could be more sad and soulful nor weirdly spine chilling than the howl of the lonely Dingo, the Dingo deprived of his own kind without the close companionship of his owner. The Dingo needs a close and understanding relationship with his loved ones. He must be a member of the family; not a pet.
Posted by Random Jottings at 21:50 No comments: